History of the Golf Club

Here's a cool infographic made by the folks at Golfzing that illustrates the evolution of the golf club....

For more information about the history and the evolution of golf, check out the Eat Sleep Golf series 'The Evolution of Golf' where we take an in depth look at how the game has evolved over time.
Posted by Scott Stevens at 7:16 AM No comments:

Email ThisBlogThis!Share to TwitterShare to FacebookShare to Pinterest
Labels: All Posts

The Michael Jordan Celebrity Invitation golf tournament took place over this past weekend and as expected, it was an amazing event.  Highlights included:

Proceeds from this awesome event go towards supporting the Make-A-Wish foundation, a charity focused on granting the wishes of children faced with life threatening medical conditions.  Have a look at some of the highlights from this years event: 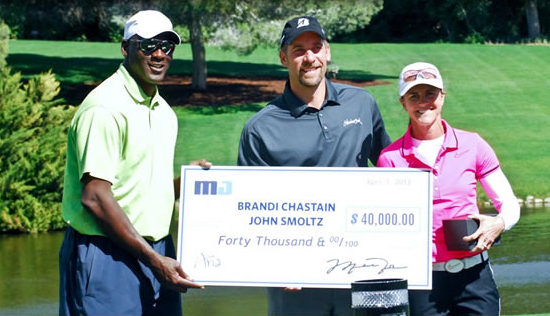 Choice is usually a good thing. But as most golfers can attest, the extreme number of equipment options that saturate today’s market can be difficult, if not impossible, to navigate. Whether you’re a +3 handicap who generates monster swing speeds or a weekend warrior just trying to break 100, there are clubs out there perfectly tailored to fit your game. But the question is: can you find them?

Fortunately, there are now several comparison tools online that make it much easier for the average golfer to find the equipment that best fits their game. FindTheBest now offers useful tools that compare a wide range of drivers, as well as the top putters on the market. Each of these unique comparisons lets you to filter listings based on a variety of key metrics, so that you can more easily find the best choice for you.

Email ThisBlogThis!Share to TwitterShare to FacebookShare to Pinterest
Labels: All Posts, Equipment 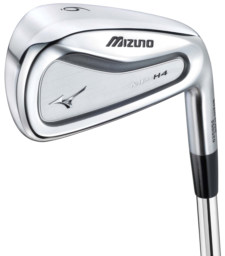 Last week, Mizuno announced the introduction of some new additions to their golf club arsenal. Here's a look at the MP-H4 Iron set and the JPX-825 Woods. If you ask me, Mizuno needs to get a little more creative on naming their clubs. This comes shortly after Puma/Cobra announced their new club line, 'The Baffler'. Here's a look at what Mizuno came up with...

Email ThisBlogThis!Share to TwitterShare to FacebookShare to Pinterest
Labels: All Posts, Equipment

Lehman finished the event at Desert Mountain Golf Club at 22-under 258, six strokes ahead of runner-up Jay Haas. He entered the week in second place in the season-long points race behind Bernhard Langer, but was able to overtake Langer with a dominating performance in Scottsdale, Ariz.

"It feels great," he said after the round. "To have everyone here, to win this in my hometown, means a lot."

Lehman becomes the fifth player to win the Charles Schwab Cup twice in its 12-year history, but the first to pull off the feat in back-to-back seasons. Hale Irwin, Tom Watson, Jay Haas and Loren Roberts each won the championship twice across respective three-year spans.

Langer, the 2010 overall champion, matched Lehman's 65 Sunday to finish the week in sixth place. Fred Couples, who entered the final round one shot behind Lehman, made only one birdie Sunday and struggled to a 3-over 73 to finish in a tie for fourth, nine shots off the pace.

After the round, Lehman shared thoughts on his long-time swing coach Jim Flick, who is currently battling cancer.

"The last four days have been somewhat difficult, trying to fight back tears at times," explained Lehman, who was emotional upon holing his final putt Sunday. "(Jim) has meant a great deal to me and I never would have gotten to where I've gotten in golf without him."


Posted by Scott Stevens at 4:32 PM No comments:

Email ThisBlogThis!Share to TwitterShare to FacebookShare to Pinterest
Labels: All Posts, PGA

ST. SIMONS ISLAND, Ga. – John Daly has a chance to be fully exempt and set his own schedule next year for the first time since 2006.

Just not on the PGA Tour.

After consecutive rounds of 63-86 in Las Vegas contributed to a last-place finish, Daly missed the cut in the Frys.com Open and the McGladrey Classic, losing a great chance at finishing in the top 125 on the PGA Tour money list. He did not ask for an exemption into final official event at Disney for a couple of reasons – he has never played particularly well there, and he still has a chance to qualify for the European Tour finale in Dubai.

Daly is No. 88 on the European Tour money list, courtesy of a fourth-place finish in Qatar, along with his tie for 11th in the Sicilian Open and tie for 18th in PGA Championship at Kiawah Island. He is about $226,336 short of the cutoff to qualify for the DP World Tour Championship in Dubai, which makes this next month important.

Read more »
Posted by Scott Stevens at 4:42 PM No comments: